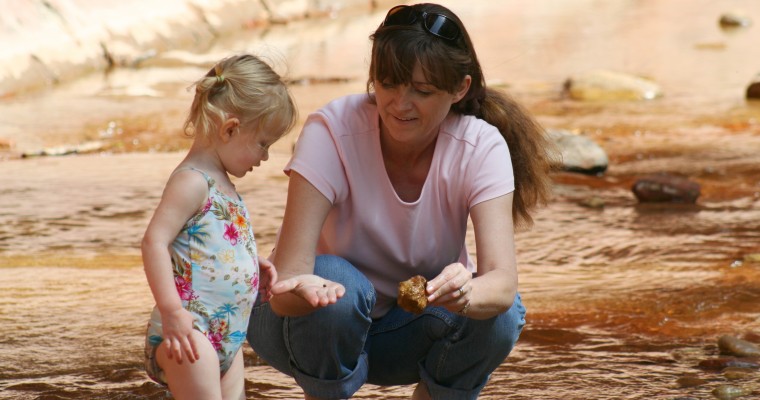 Someday, I’ll write an entire book explaining this important topic, but for now, I’ll just say a few words. In general, let’s call this parenting style “Permissive Parenting”. And, no, it’s not about letting your children simply do whatever they want. That would be irresponsible, an approach that could very well lead to serious injury, both emotional and physical alike. So, if it’s not that, then what is it? What is Permissive Parenting?

It is difficult to understand Permissive Parenting without first understanding The Art of Giving Permission (or The Permission Principle), as I explain it in therapy to my clients and in my book The Two Truths About Love (scheduled for release by New Harbinger Publications on January 2, 2013). Indeed, Permissive Parenting is a parenting style that is founded about the principles of Permission Theory. This theory states that all emotional reactions (and by extension all human suffering) arise exclusively from an individual’s failure to give permission. While giving permission, we remain in a state of emotional calm that supports clear thinking and intentional decision-making. In contrast, while we are not giving permission, we remain in a reactive state of heightened emotion in which we inevitably speak and act in unintentional ways, ways that usually harm relationships.

Whether in regards to parenting or any other type of relationship, there are two goals for giving permission: to feel better emotionally, and to respond to our circumstances in a productive way. As such, giving permission is always about ourselves, a way of managing our emotions so we can effectively attend to situations we want to alter or change. If you fully understand this, you’ll see that everything deserves to be given permission, no matter what it is. So, if you stumble upon the terminology “Permissive Parenting”, you can think of it, alternatively, as this: “Emotionally-Responsible Parenting”. This is precisely what giving permission allows; it allows you to parent in an emotionally responsible way.

Giving permission isn’t about letting people do whatever they want; it’s about effectively achieving one’s own goals. The better able you are to give permission, the more effective you will be in any moment. If you’re a parent, what’s your goal? Probably your goal is to raise a safe, healthy and happy child while maintaining a close relationship with him or her along the entire way. With giving permission, you can achieve this.

If little Bobby is playing with knives, giving permission will allow you to attend to this behavior in a loving and compassionate way. You don’t ignore him and simply hope for the best! You give permission in order to benefit yourself, so that you can stay calm and address this matter maturely. Instead of barking at little Bobby—not giving permission—you might sidle up to him, get on his level, and start a discussion with him, saying something like, “Hey, I see you’re playing with knives. Do you know that those are really sharp and could hurt you?”  You have a conversation with him that explains your perspective and takes an interest in his, rather than quickly trying to repress the unwanted behavior in a harsh or hasty way. You might segue into saying something like, “Well, I don’t want you to accidentally get hurt, so what is something else you might like to play with right now instead?” Bobby continuing to play with the knives is not an option you give him, but you support his ability to make a new choice of his own, after he understands why you have intervened. As his parent, you’re still calling the shots. By giving permission, you can redirect the behavior while nurturing the relationship at the same time. This is one of the most important benefits of giving permission: it honors and nurtures our relationships.

Of course, some children are too young to communicate with in a rational way. If little Bobby is pre-verbal, you might gently replace the knives he’s holding with spoons. He’s certain to remain equally entertained and will barely notice the transition. In this way, you give permission to Bobby to have been playing with knives, while giving yourself permission to hand him something safer to play with. Let’s look at the second example.

So, you’re visiting a friend’s house when your daughter climbs onto your friend’s dining room table. What can you do? If you feel upset, embarrassed or angry, then you’re not giving permission. If you’re not giving permission, anything you say will be unintentional and likely to create friction in your relationship with your daughter. For instance, if you sharply exclaim, “Get down from there! What do you think you’re doing?”, how will your daughter feel? She’ll feel that you think she is bad or wrong or not good enough somehow; she may even feel embarrassed and grow more unsure of herself. She might even decide that you do not like her and, in return, she might decide that she doesn’t like you. Hence, the relationship is harmed. This is what happens whenever we act out of the state of emotional reaction that comes from not giving permission: we treat others in a way they don’t want to be treated. This creates emotional distance in the relationship and, more often than not, even more disruptive behaviors in the future.

When, instead, we give permission, we manage our emotions and become better able to treat people—yes, even children—in a way they do want to be treated, with love and respect and tenderness. We can still address and reorient a behavior, but in a conscious and mindful way that continuously aims to protect the relationship. In this latest example, you might slowly approach your daughter and open your arms to hug her. Embracing, you could remove her from the table, place her softly in your lap while you sit down together, and say something like, “Can I ask you something? Why were you climbing on Amy’s table?”

See, you’re not judging your daughet’s behavior as inherently bad or demanding that she stop. You’re not being controlling. You’re taking an interest in her and, in so doing, showing respect. If your daughter says, “Cuz it’s fun!” or “I don’t know…”, then you might respond, “Oh! Well… I’m really glad that Amy invited us here and I want you to have a good time. I’m pretty sure that Amy doesn’t want you standing on her nice, dining room table. Do you have any idea why she might feel that way?” Have the discussion, recognizing that your relationship to your child is worthy of the extra trime it takes to do so. You want your child to genuinely understand the reason why you’re redirecting her and, better still, to inspire her to make for herself the choice that you want her to make. In the end, you might ask, “What’s another way you could have just as much fun?” If you approve of her new idea, then encourage away: “Go for it!”

In Permissive Parenting, you’re still the boss, you just don’t “boss” your children around. Instead, you gently and wisely guide them from behind. You take the time to engage your children in calm and meaningful ways. The immense benefit of this approach is that it creates a relationship built upon respect.  And, when it comes to reinforcing your own parental authority, you really only have two options to choose from: respect or fear. If your children respect or fear you, they’ll be responsive to your wishes. Both respect and fear work to create “obedient” children, but there’s a huge difference between the two. Fear sacrifices a close and loving relationship in the process, whereas respect does just the opposite. Respect builds intimacy, closeness, and a spirit of genuine cooperation. Then, later down the road , when your child is fifteen or sixteen or seventeen years old, you will surely reap the rewards from the many years of respect you’ve shown.  With a relationship built on respect, when you share information like, “I’d like you to be home by nine o’clock tonight”, then guess what will happen. Your child will be home by nine o’clock. Why? Because he or she will respect you and, out of respect, he or she will sincerely want to be home by the time you wanted. In short, we all receive respect by showing respect.

No matter the age of your child, it is never too late (or early) to start using the art of giving permission to help you parent in a skillful way, a way that lovingly nurtures your lifelong relationship with your child and allows it to thrive. Protect your children each step along the way. Guide your children. Educate your children, not by telling them what they should or should not do, but by helping them understand why certain choices are preferable to others. Teach them to think for themselves and, in the meantime, be willing to join them in the discovery process as a true ally, an ally that loves, likes, and respects them in each and every moment. Support their freedom within the context of supporting your own as their parent, whose role it is to protect and nurture them always. This is the heart of Permissive Parenting.

I hope this helps clarify things a bit. I realize that it’s just the tip of the iceberg, so feel free to contact me if there is something specific I might address in a future post.