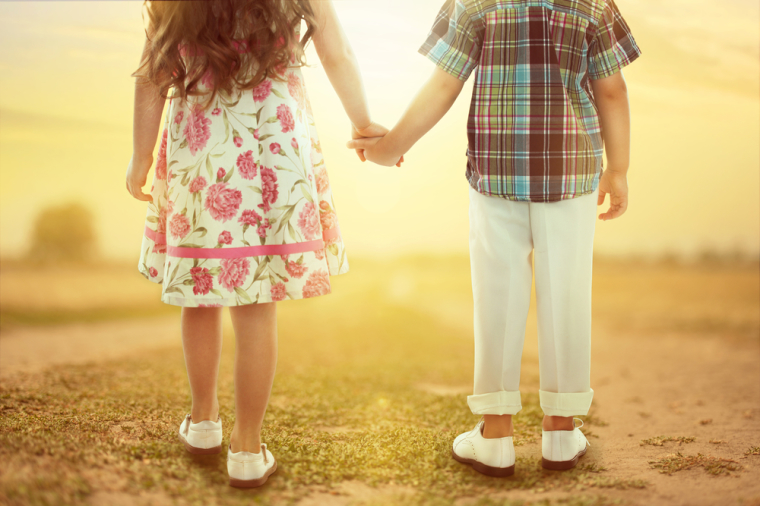 Note: every child is unique and it is somewhat foolhardy to presume that a single method is ideal for every child regardless of their age or personality. For instance, if a child is three years old or younger, consider whether it is really essential to say anything at all. Instead, you may want to allow their life to transition to something new without much fuss or ado. Kids are highly adaptable by nature, so if you allow things to morph naturally, they’ll likely just evolve with the change. On the flip side, older kids likely require the least delicacy. A teenager, for example, might have already seen this coming a long time ago, possibly even responding to the news with something like “Finally!” when they’re eventually told. Regardless of a child’s age, I’m certain these tips will be helpful across the board. The content of my email:

Get every scene from TV or film of this type of talk that you have ever seen out of your head. You know, where mommy and daddy sit the kids down in front of them and break the news?…. ridiculous. From a child’s perspective, that has to be the most terrifying experience ever, before you even say word one. Think about it, how many times in the past have you sat them down like that? Likely never. So, setting it up that way would trigger fearfulness and a sense of doom-and-gloom from the outset. Their minds would leap to something like, “Uh oh. This is serious. This is bad.” With such a set-up, no matter how delicately you word things, they’d freak out. This is what you want to avoid (or minimize).

Skip the word “divorce” entirely. For instance, you could say that “Daddy is going to get his own house.” Even if you say that “mommy and daddy are going to stop being married” that would be preferable to the d-word. If one or both of the kids ask, “Are you getting a divorce?” Then, sure, say yes. Just don’t let the word cross your or your partner’s lips. It simply comes along with too much unnecessary baggage and ominous mystique.

Remind [spouse] that the kids will take their emotional cues from the two of you. If you’re upset, they’ll be upset. If you’re matter-of-fact, go-with-the-flow, or perhaps even excited about the upcoming change, they’ll be more likely to follow suit, which is precisely what you want. You want them to think optimistically about the unfolding future and adjust to it as seamlessly as possible.

This is a continuation of #1. My opinion is that it is best to break from the conventional norm. Instead of both of you talking to both of them, break it up. You talk to one of the kids while [spouse] talks to the other. Then, switch. That’s four conversations total (two for you, two for your spouse). Why is this important? Because, if you talk to them as a couple, with a single voice (about separating), this subconsciously sends them a mixed message. To a child’s mind, this is profoundly confusing. Seeing you together but talking about separating is much worse for them than meeting with you individually to talk about the same thing. Ultimately, this is the path of the future. They will have relationships with mommy and relationships with daddy, as separate individuals. Having the conversations like this makes seeing you as individuals more natural, normal, and understandable for them. Much better! This also gives each child the opportunity to react to the news in their own way, without being influenced by the reactions of their sibling or trying to repress any emotion for fear of how their sibling will judge or react to it. This is much healthier for them as individuals.

Make sure that you and [spouse] get on the same page, so that what you tell them remains consistent. Of course, no blame. And no talk of it not being their fault. If you reassure them of this, you’ll only put that thought into their heads. As for answering why… to start, you might simply say something like “Because it’s what we want to do right now.” If pressed for more of an explanation, you can say, “Someday, when you are older, I promise I will explain everything to you. Right now, just know that we are doing this because it is the best thing for everyone, you included.” Finally, you can add something like, “We’re still a family, same as always. Nothing will ever change that.” Just do the best you can and trust your ability to improvise. In general, any and all explanations remain blameless and convey total agreement.

Let them say/feel whatever and be understanding. Don’t try to control their response. If they get upset, so be it. Lots of “I understand”s and “It’s okay”s. Then, when the dust settles, you can say, “I know your dad wants to speak to you about this too. How does that sound? You want to go talk to dad now? I know he really wants to speak with you.” When you talk to your other child, start with something like, “So you talked to dad? What did he say?….. How do you feel about that?” The first conversation you have, obviously, will be lengthier and likely harder than this second one, since the news will already have been broken.

After both conversations, reunite as a family and give the kids a chance to connect with one another, alone, without you. I forget, they’re old enough to share a conversation with each other right? If so, provide that opportunity. Just for like 10 or 15 minutes. Then, as a family, go and do something, like grab ice cream or a meal or go out to a movie or anything. This shows them that less is changing than they might expect. Try to maintain an upbeat demeanor and energy. No sorrow. If this wasn’t for the best, you wouldn’t be doing it, so celebrate. Have some fun. Try being a little bit silly. Give them lots of cuddles or tickles or just be generally goofy with them, playful.

Before it all, coach yourself. Prepare. Remind yourself that this is a good thing, a great thing, and that you are going to handle yourself brilliantly throughout every step of the process. Summon your greatest, most mature and wonderful self. Be powerful and gentle at the same time. Mourn nothing. Celebrate everything. Keep it light and frosty. And breathe… breathe… breathe….