This isn’t an article about how to make more money (there are plenty of those already out there). Instead, it’s an article about something infinitely more important, an article about how to handle the oftentimes challenging reality that, if you’re like most people, you are simply not making as much money as you’d like. I see so many people wrestle with the feelings that money brings out in us that I decided this topic merited some extra attention. So, here’s the way I see it.

If you’re rolling in dough, congratulations. You can stop reading here or go ahead and forward this to someone you know and love who may be dealing with financial pressures, like, say, more than 99% of the global population. And that’s a conservative estimate! After all, with 7 billion people on the planet, 1% would mean that a full-on 70 million folks have more money than they know what to do with. Are there 70 million people like this? Not even close! And yet it certainly doesn’t seem this way, which is part of the problem. Why is our perspective so distorted?

Mass media and popular culture bombards us with the stories and images of people who are making inordinate amounts of money. Larger-than-life portraits of music icons, professional athletes, actors, and celebrities inundate our televisions and computers, creating the illusion that unprecedented wealth has somehow become the norm and that, if you are on the outside looking in, then there must be something wrong with you. Why haven’t you thought of the next great, big idea and become an overnight sensation?

This phenomenon is further complicated by the fact that a lot of social media has been reduced to sales and self-promotion. So many people are trying to sell themselves and their services through social media these days. This might not be so problematic if not for one thing. As people do so, they partially fabricate a persona that exaggerates their level of success, thinking that demonstrating success will encourage more people to buy whatever they’re selling. This is parodied brilliantly by the following FedEx commercial.

Ha! So many people are doing exactly this, portraying themselves as more financially successful than they really are. As a result, we, the consumers of such media, are inevitably left with a false impression about what’s normal. We start believing that the majority of people in our culture are excelling while we’re not. We’re broke, they aren’t. But, let me tell you, this is a myth. Most of these people are struggling too, in their own very similar ways as you are. This is the norm that social and mass media doesn’t let be adequately known. But enough is enough. Let the truth be told and, dare I say, even celebrated!

Yes, money is tough. Most of us don’t have enough of it. We live from paycheck to paycheck, barely scraping by from one month to the next, hardly stashing away savings or, worse yet, going deeper and deeper into debt. Not only do we face the stress of being broke, we somehow feel like there must be something fundamentally wrong with us individually that we’re not making more than we are. What a sham!

Look, I get it. You see people around you that seem to be doing so much better than you are. You see people with nicer clothes and cars and homes, those who can eat at fancy restaurants, take lavish vacations, spend frivolously. And, yes, those people are out there, seemingly all around you, everywhere you look. But you know what’s also all around you? People who are just like you, equally broke, if not much more so.

Take a moment to really notice and appreciate this. Most people (remember the 99%?) are struggling. They’re hard-working nurses, police officers, shopkeepers, construction workers, cashiers, clerks, landscapers, graphic designers, salespersons, bank tellers, waitresses, accountants and what not. They have their rent or mortgages, bills and taxes to pay, unexpected expenses like car repairs and medical issues, just like you. While you’re noticing Mr. and Mrs. Moneybags, remember to notice all these less wealthy folks too, the vast majority of those around you. Are some people financially better off than you? You bet! And that’s life. But the objective truth is that infinitely more people are much worse off than you are. I know this because you wouldn’t be reading these words unless you at least had access to the technological means to do so, a computer or smart phone for instance. Meanwhile, some people are simply thankful for clean drinking water! All things considered, you’re doing pretty well for yourself.

Instead of beating yourself up for not having or earning more money than you do right now, extend yourself the compassion of appreciating what you do have, what you do earn, and what you have been accomplishing. It doesn’t matter what your income is. No matter how broke you may be, the opportunity to be happy with yourself and your life nonetheless remains. Choose this happiness. Besides, one way or another, you’re making do. This deserves some recognition. Take pride in this and pride in yourself. I guarantee that a small measure of praise for your own achievements will serve you well. Congratulate yourself. From this will come a greater sense of confidence and inspiration, while alleviating a good deal of the stress you sometimes experience about money.

More than anything else, recognize that it’s okay to be broke. It really is. You can learn how to make more money someday and improve your financial situation. But please don’t feel rushed to do so or weigh yourself down with undue pressure. Everything in time. Each leg upon this journey of life you’re on, value what is. You’re where you are and, yes, that’s okay. In fact, it’s more than okay, it’s amazing… AMAZING! 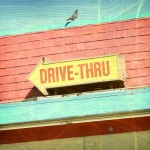 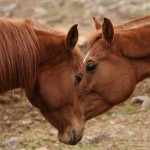 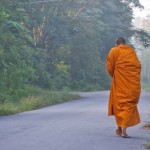 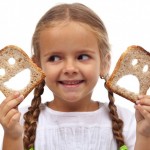